Two and a half years ago, when welfare officers walked on to a farm in Surrey, they did not know what they were going to find.

The answer was horses and other animals standing on months’ worth of faeces, built up for months, emaciation, disease and lameness. A mare who had bitten herself until she bled, collapsed ponies who had to be put down, poultry, dogs and tiny puppies, all the victims of “devastating cruelty”.

Some did not make it, despite their rescuers’ best efforts, but some now have a second chance, of a life worth living.

Limpopo was found underweight and with sores all over her body, where she had bitten herself until she bled. One of 26 taken in by Bransby Horses, she was scared and would run away from people, shaking with fear.

She was treated for chronic inflammation, liver disease, intestinal damage as a result of untreated worms, and lice.

“After 18 months, she was finally back to good health. And slowly she started to trust people again; showing glimpses of her sweet and gentle personality. She was carefully matched with a loving family and is now enjoying the love, care and attention she deserves in a fabulous home,” an RSPCA spokesman said.

Bransby Horses’ executive director of external welfare Emma Carter added: “This was one of the largest multi-agency warrants Bransby Horses has ever been involved in and one of the most difficult for our teams to process due to the scale of the suffering and horrific conditions these animals were incarcerated in.

“These horses have been some of the most challenging that we have ever had to care for. Due to the extent of their medical and behavioural needs as a result of their neglect, some have had, and will continue to require, years of specialist care.

“Thankfully Limpopo’s story has a happy ending, which was not possible for all. But for all of the animals we’ve helped, we will remember each and every one. It’s a hard realisation to think what would happen to these animals if our supporters were not behind us to tackle cruelty like this.”

Bert was found in a small pen standing on two to three feet of waste and faeces. He was rescued and moved to Redwings (pictured, above).

A Redwings spokesman said: “Bert was originally taken to the RSPCA as part of the initial rescue, but was brought to Redwings when it became clear he had ongoing veterinary requirements.

“Bert has some quite severe lameness issues in his front legs which mean he is not suitable for riding or rehoming but with medication and careful management under the close eye of Redwings vets he has been living a very quiet life with his new best friend Bellamy at one of the charity’s special care sites.”

Donkeys Heidi, Max, Lady, Mars and Karen were taken in by the Donkey Sanctuary. They were nervous and did not trust people, some were very underweight, with badly overgrown hooves. One jenny gave birth to a foal and “slowly, all of them started to trust again and are now thriving”. 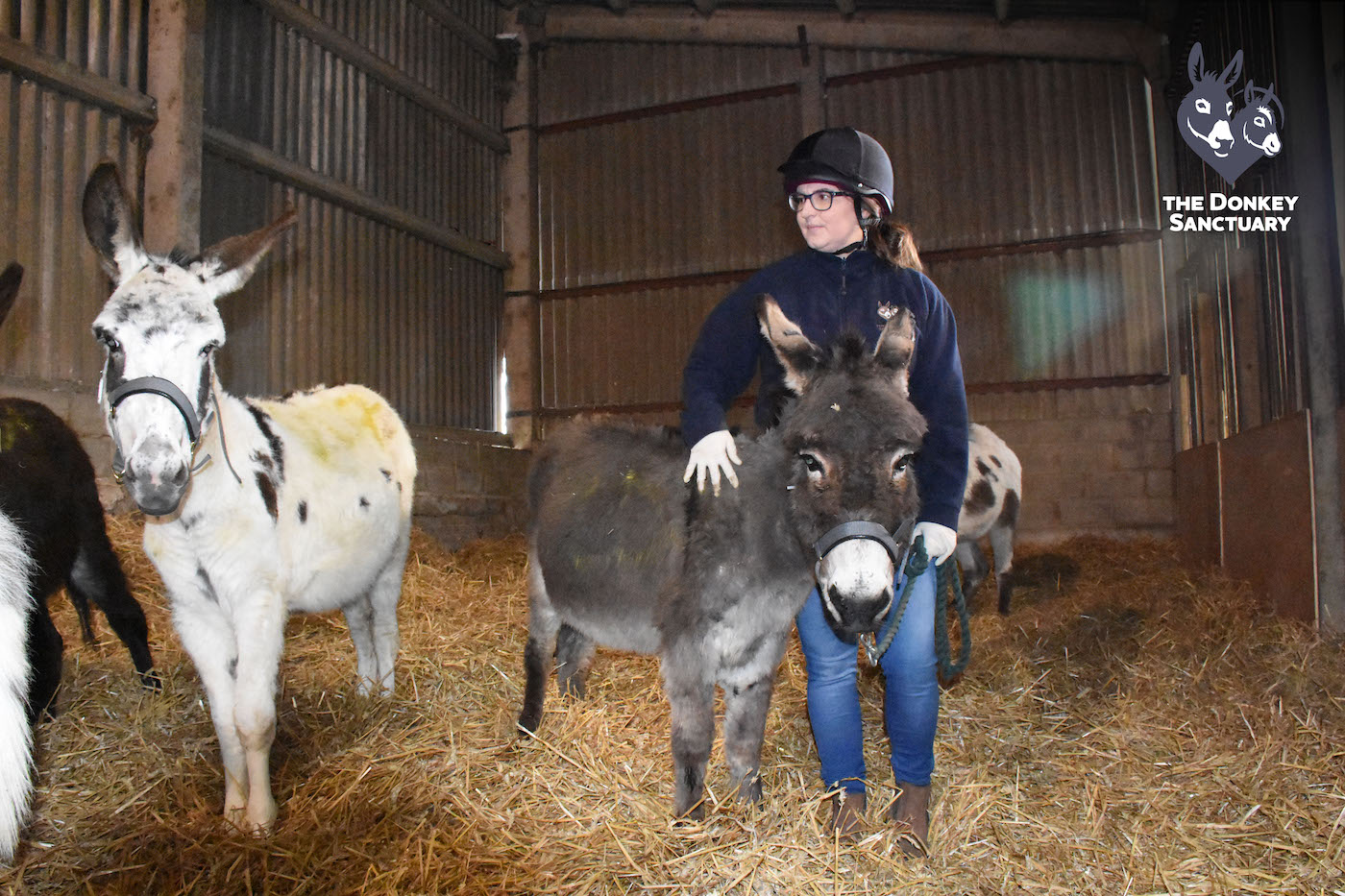 Picture by the Donkey Sanctuary

Donkey Sanctuary head of welfare Hannah Bryer said: “Working on the front line of donkey welfare, our teams are often exposed to situations where donkeys are in desperate need of our help. Cases like this are never easy but the scale of suffering and the numbers of animals in this case was particularly distressing.

“I will never forget the overwhelming feeling of sadness that I felt walking into that barn and seeing the condition of the donkeys and other animals. It was a huge challenge, but everyone worked together brilliantly in difficult conditions.

“Thanks to the amazing care of our teams, the donkeys are enjoying healthy and enriched lives. Knowing they will never experience such suffering again and will remain safe in the care of the Donkey Sanctuary is the best outcome.”

World Horse Welfare deputy chief executive Tony Tyler added: “This was a particularly long-running and complex situation but, as access to the site had been refused, no-one knew exactly what to expect. The large number of animals involved and the state they were being kept in was shocking to the officers attending but all the agencies involved worked together incredibly well and were able to pool resources and concentrate on their areas of expertise, meaning that animals could be taken off site quickly and start receiving proper care.

“World Horse Welfare was able to take 45 of the horses and many have now been rehabilitated and found loving new homes through our rehoming programme. Due to the protracted timescale of this prosecution, however, they had been at our centres for almost two years before we could ready them for rehoming. Now that the case is finally over, the future is brighter for the animals involved.”

The RSPCA, police and a number of equine welfare charities are involved in the investigation

More than 100 horses were taken, owing to welfare concerns, along with donkeys and dogs

Misplaced Canine Was 2-Days From Being Put Down, However He Nonetheless Hoped Dad Would Save Him