The 10-year-old’s last outing on the track was finishing a creditable fourth in the Grand National on 9 April this year and he has transitioned quickly into his new job, finishing 13th in a BE100 at Bovington with William on Saturday (15 October). William has high hopes for Santini, who is owned by Richard and Lizzie Kelvin-Hughes.

“Even though Santini is 10, he has got time to become a top horse, and he could be one by the time he is 14 or 15,” said William. “Look at this year’s Burghley winner – she is 17 years old. I’m really impressed by him and certainly, as he is still green in eventing, if I compare him to my young horses, he’s as nice as what I’ve got.”

During his career under Rules, Santini clocked £490,388 in prize money while trained by Nicky Henderson, for whom Santini finished second in the 2020 Cheltenham Gold Cup. He was latterly in the care of Polly Gundry, who trained him to finish second in the Grade Two Cotswold Chase in 2022 and then followed this up with fourth in the Grand National, both under jockey Nick Scholfield.

“It’s a novelty to have a celebrity on the yard – he has so many followers,” said William. “He’s very special.”

William explained that the Kelvin-Hughes decided Santini had given them plenty during his racing days and did not want to ask any more of him.

“His owners didn’t want to keep on asking him to keep racing, and Polly had always said to me that he is so naturally balanced and how well suited to eventing he could be, so they decided to give it a go and he has been with me since July.

“Since I’ve had him, he seems to be finding things quite easy and is getting on with it – he’s a good sport and quite the student.”

Santini got his new career off to a great start at Bovington, posting a very respectable dressage score of 26.8, despite having a few excitable moments in the warm-up.

“He heard the commentary and had a bronc and play around and so I had to sit tight,” said William. “But then I thought ‘Christ, this horse’s last outing was at the Grand National’, so for him to then tie up to the lorry throughout the day and relax into it was quite impressive.

“He’s very educated on the flat and his work in this phase is going to be good – his flatwork is definitely not going to be his limiting factor at the higher levels and he already has some lateral work and his flying changes sorted.”

William and Santini, who is 17hh, then had two fences down in the showjumping, but William explains that the course had some short distances, so at this stage of Santini’s training, it wasn’t a bad result.

“Showjumping is Japanese to him, but he’s got a conscience and learns from his mistakes,” said William. “His ability to shorten is lacking at the moment – he’s a big, loose horse, but he’s not clumsy and he could have had more down, so I was reassured by that. He will certainly jump clear rounds in the future, because he wants to.” 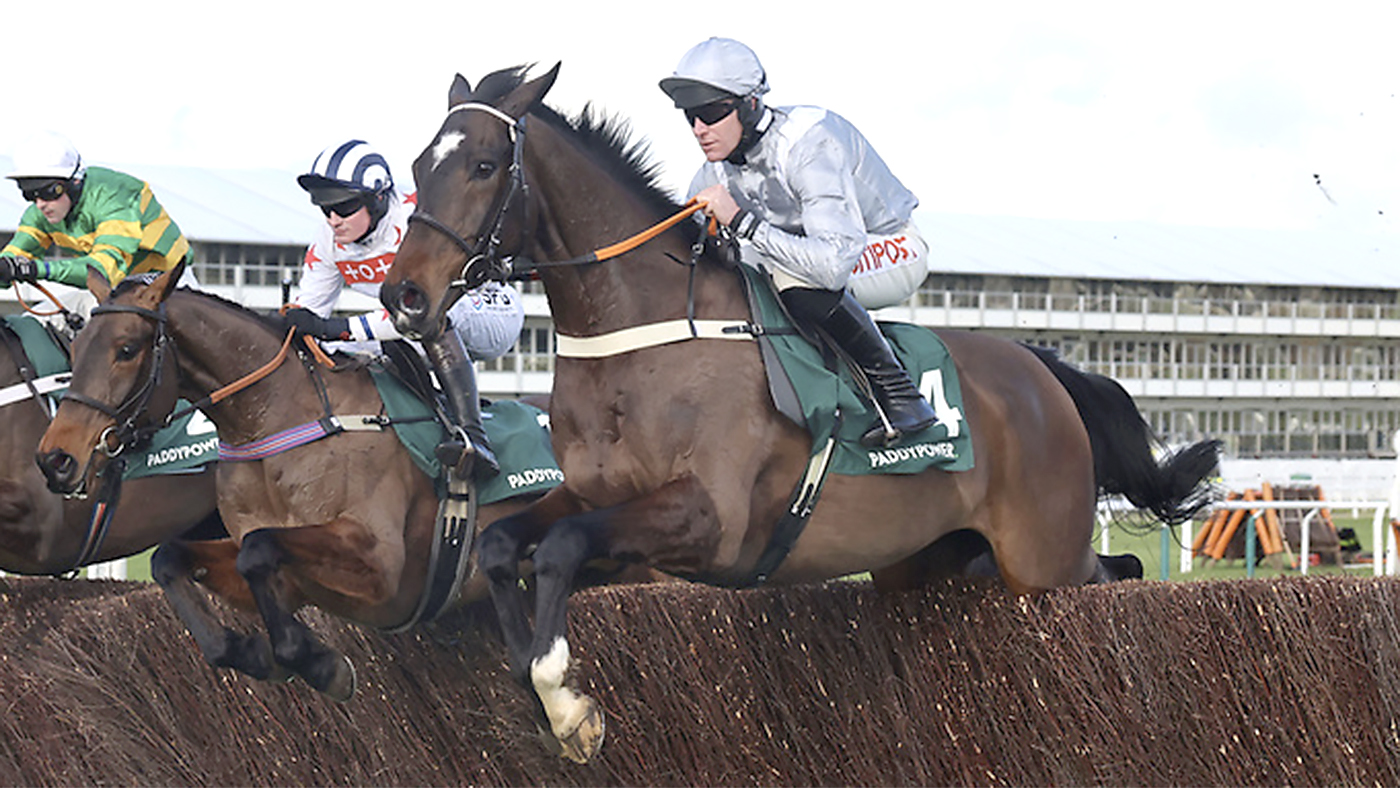 Santini, pictured with jockey Nick Scholfield in the Cotswold Chase at Cheltenham in January 2022

Santini followed up the first two phases with a clear cross-country jumping round, incurring just 1.2 time-faults for finishing three seconds over the optimum time.

“He was quite a tool to sit on across country,” said William. “I was going around for a nice, safe clear and he was only just over the time – usually when I ride a safe, steady clear round, I get 10 to 20 time-faults – but he was always saying ‘let’s go’ and he was loving it.

“It was a really fun day and he far exceeded my expectations as a first-timer.”

William hopes to get one more event in before the end of this season and then they can come out next year and start to progress up the levels.

“I’ll talk to his owners and Polly to make a proper plan, but all being well, he will progress quickly,” said William. “He is fun-loving and always on the go, now all he needs to do is take time to use more brain and less forwardness.”

7 Suggestions for Coaching a Dachshund

These 15 U.S. Cities Have The Most Inexpensive Vet Care & Canine-Pleasant Facilities