the colorful horse with prehistoric roots


The appaloosa horse is known for its typically eye-catching spotted coat, and many people tend to refer to all spotted horses as appaloosas. However, the appaloosa is a horse breed in its own right with a colourful ancestry going back to prehistoric times. Spotted and distinctively marked horses feature in art throughout history, but it’s only in the last 100 years that the Americans began to establish these ancient bloodlines into a true breed. Today, it’s a popular breed worldwide.

Colouring of the appaloosa

Not all appaloosas are spotted, and not all horses with spots are appaloosas. There are other characteristics that denote an appaloosa:

Appaloosas have a variety of base coat colours, such as bay, black and chestnut. The patterns of their spots also vary widely:

Spotted horses do exist in other breeds, for example, the British Spotted Pony, the Australian Noriker, Australian Palouse Pony and Danish Knabstrup, which may share a common ancestry with the appaloosa. Spotting used to be more prevalent in Welsh ponies and some Iberian breeds but it has likely been selected out in breeding programmes, so this is now rare. 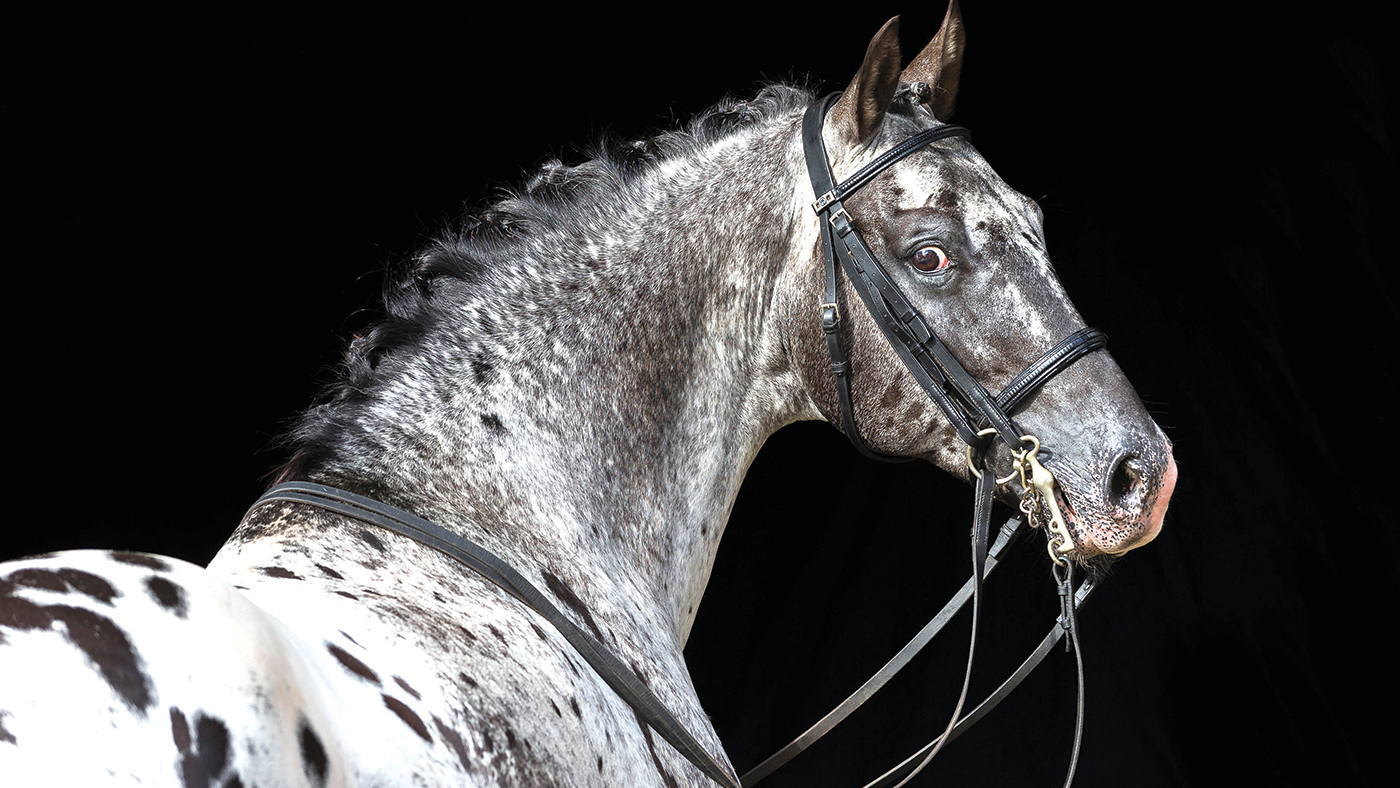 Other typically spotted breeds include the Knabstrupper, a Danish breed with unusual coloration, and showing very similar attributes to the appaloosa, such as mottled skin and white sclera

What are the appaloosa’s uses?

Multiple breeds have influenced today’s appaloosa, and therefore a wide range of body types – and therefore abilities – is represented within the breed. It is a very popular breed in the US, where the breed was formed coming up to a century ago. 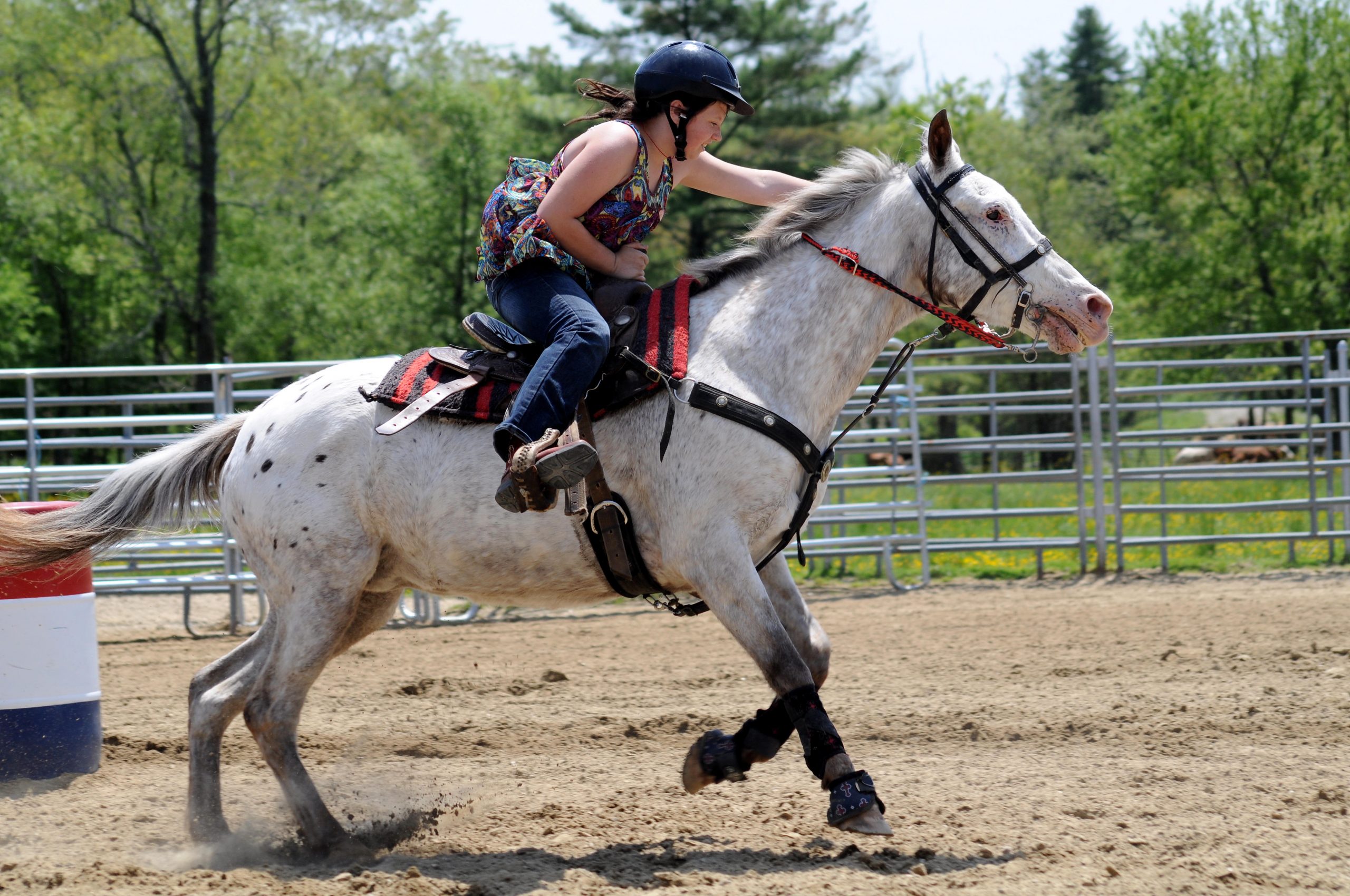 Appaloosas are typically adept at barrel racing, a popular discipline in the US, where the breed was first established

Appaloosas were developed chiefly as a stock horse, and so they are commonly used in various western riding disciplines, such as cutting, reining, roping, barrel racing and pole bending, however they adapt well to any ridden work. While they are still rare in the upper echelons of dressage, showjumping and eventing, they are popular in endurance, trail-riding and grassroots competition.

They characteristically have high levels of stamina and strength, and are medium-sized (typically between 14hh-16hh), making them suitable for a range of ages and sizes of rider. They are known to be a loyal, dependable and versatile horse who is eager to please. 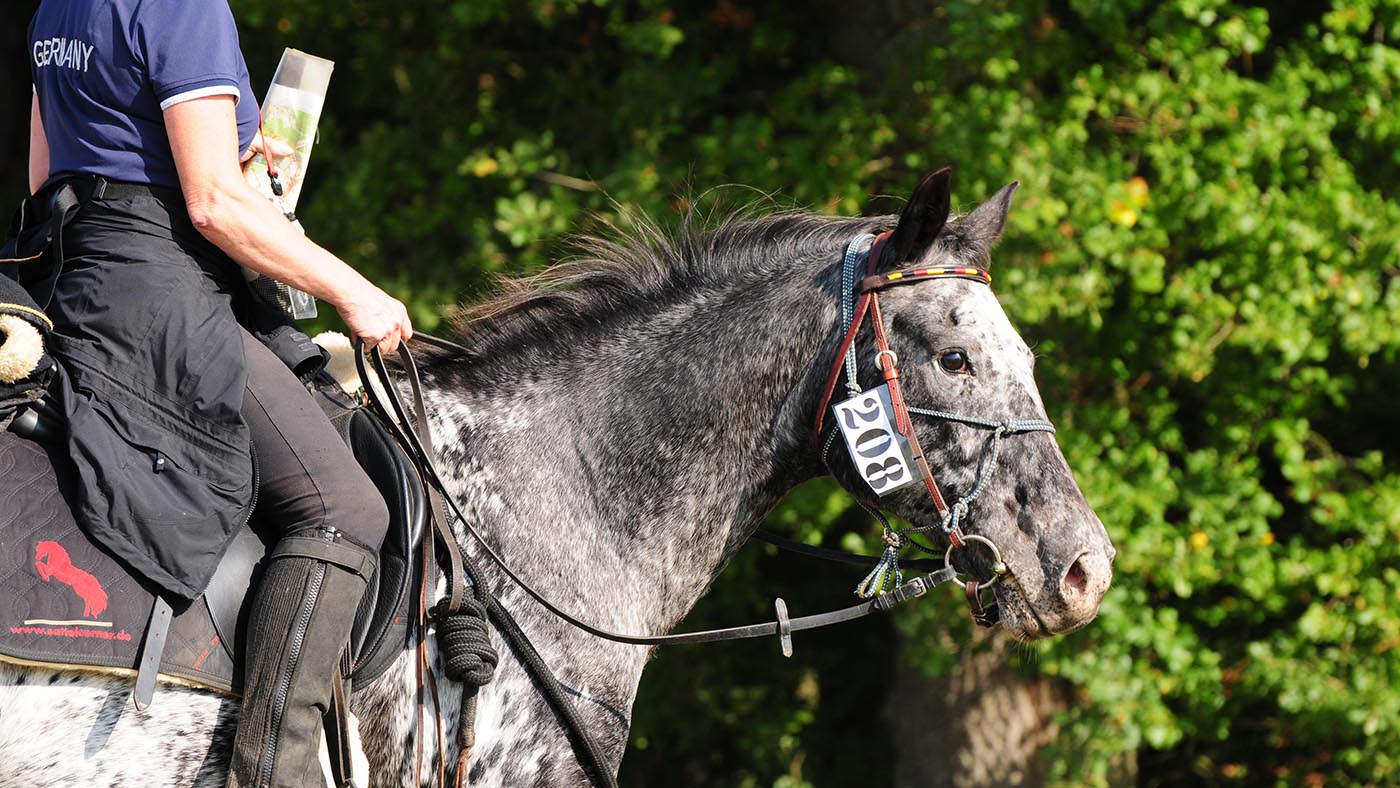 An appaloosa being competed in endurance, where their natural stamina is an asset

They are frequently used for movies, especially for ranch and cowboy scenes, where their trainability and distinctive markings make them the ideal horse for filming. There is even an eponymous western movie, The Appaloosa (1966), starring Marlon Brando.

Like any horse, each appaloosa in an individual. Some will be calm and docile and might be suitable for beginners to learn on, while others are bred and trained to be more fiery and sensitive, and produced for the competitive rider. But as a general rule, they are known to have kind temperaments, to be trainable and eager to please.

The cost of buying an appaloosa is comparable with other popular breeds. It’s impossible to put a ballpark figure on buying any horse. Prices are dependent on age, training, temperament, conformation, ability, pedigree and so on. With appaloosas, the more striking patterns may command a higher price.

The history of the appaloosa

Although the appaloosa is an established and distinctive American horse breed, its presence in Europe may well have predated its arrival in America. Spotted horses have been represented in prehistoric cave art in southern France dating back to 20,000BC, while in Britain they were depicted in cave paintings and feature in Celtic religious rituals as fertility and growth symbols. There are also examples in ancient Greek and Chinese artwork.

Parchment from 1298 lists the horses purchased by Edward I for a campaign and among them is an expensive spotted Welsh Cob from Powys. These spotted ponies featured in old Welsh studbooks, including the famous sire, Gwynte Hero, foaled in 1916. During the 17th century, gifts of spotted horses were sent between European and Asian royal families. Charles II rode what looked like an appaloosa, named Bloody Buttocks; while spotted horses also appear in 18th-century English portraits.

Appaloosas in America can be traced to the Spanish invasion of the 1500s, bringing “raindrop” horses to Mexico and North America. The Nez Perce tribe “liberated” the Spanish of some horses, becoming renowned horsemen and the first tribe to breed selectively.

The Nez Perce believed the spotted horse to be hardier, with more stamina than solid-coloured horses and began to establish herds bred for their endurance, hard feet and good nature.

During the wars with New World settlers of 1877, Nez Perce herds were dispersed or culled and by the 1900s, spotted horses began to appear in western round-ups and rodeos. Sellers called these horses as “Apalouse”, in reference to their Nez Perce origin near the Palouse River running through Idaho, which then evolved into the name appaloosa.

By 1938, the Appaloosa Horse Club was founded and formally established the appaloosa as a breed. It is now the state horse of Idaho.

Differences between American and European appaloosas have occurred through breeding with native stock. The American breed standard is based on the size and build of the quarter horse, which has been used extensively to improve the American appaloosa, with Arabian and thoroughbred blood also incorporated.

While spotted horses have been around on British shores for centuries, a specific breed – the British appaloosa – is in its infancy, deriving from American and Danish lines which were imported to Britain, often via Ireland. The British Appaloosa Society has co-ordinated a basis for a future breed, having implemented a grading system in 1987 to provide a six-generation journey to studbook status. These sixth-generation horses are currently being produced, making them the first pure-bred British Appaloosas. The aim is to “produce a superior riding horse – athletic, colourful and willing”. They should be hardy good-doers that can live out in winter, as well as loyal, eager to learn and of good temperament.

Cojo Rojo, a black-blanketed appaloosa stallion who played the main part in The Appaloosa, with Marlon Brando. Other appaloosas were used for some of the stunts, but Cojo Rojo did the majority of the work.

Endo, a blind Appaloosa horse that became a social media sensation: able to compete, do trail rides, travel, jump, perform liberty work and generally participate in an active life. despite having had both eyes removed due to disease. 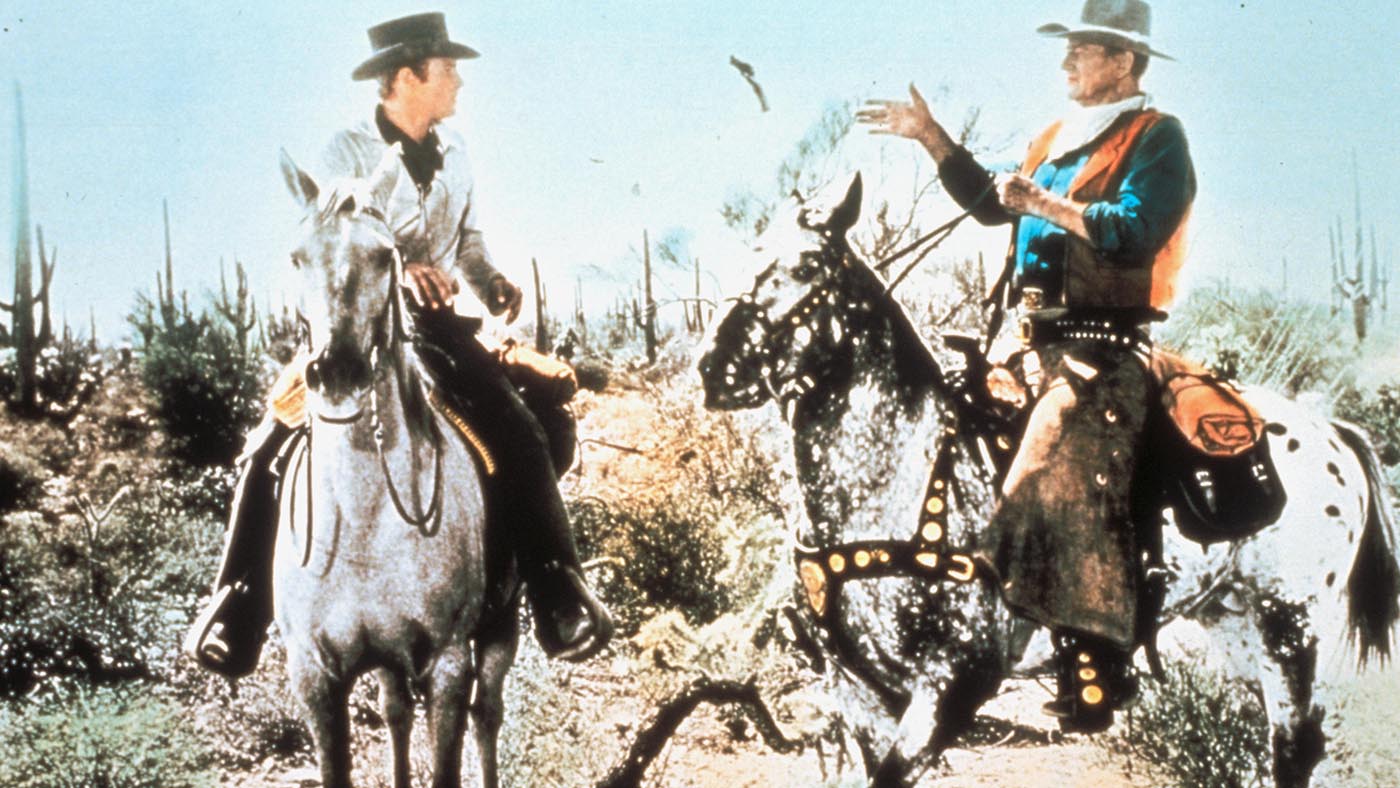 Who reigned in the spot-light?

‘she’s enjoying life to the fullest…’

How Typically Ought to I Take My Canine To The Vet? (Plus A Pet Vet Go to Schedule)

who did effectively on the worldwide circuit this week?