take a look at the equine stars of tomorrow


This year’s NEXGEN finals took place at Hickstead, West Sussex, last week (22-23 September), and offered a fascinating showcase of young equine talent across the three Olympic disciplines, with plenty of worthy 2022 NEXGEN winners crowned. Check out the young horses you should be keeping an eye out for in years to come…

Becky Moody was among the 2022 NEXGEN winners, landing the five-year-old dressage final with the very exciting Governor x Swarokski mare Magic Dream, who has already impressed judges in age classes this year.

“The first time I got on her, she spectacularly ditched me on the floor!” said Becky, explaining that the mare was bought from a video during the pandemic. “But since then, she’s never put a foot wrong.”

Meanwhile, Sadie Smith scored a decisive win in the seven-year-old dressage final riding the British-bred mare Swanmore Dantina, who was bred by Ben St John James, and is now owned by Sadie and Steve Reading. This is the Dante Weltino x Charatan daughter’s second consecutive NEXGEN title, having won the six-year-old final in 2021.

“She’s just getting better with age,” says Sadie. “She’s got an amazing temperament, so she’s very trainable and she loves the shows.”

Fiona Brennan and Leroy claimed the six-year-old dressage title, with a score of 8.42. Fiona rides the High Five US gelding for Adele Rawlinson and has produced him since he was a just-backed three-year-old.

“I’m so happy with him – I wasn’t expecting this at all,” said Fiona.

Mark Forrest won the four-year-old dressage final, riding the expressive Ivicii RMD to a score of 8.7 from judges Clive Halsall and Emmelie Scholtens. The Asgard’s Ibiza x Don Schufro son was bred by Rosie Moreton Deakin, who owned Ivicii’s dam, and she describes his temperament as “dreamy”.

Andrew Gould topped the inaugural NEXONE dressage final with Tatiana Skillman’s nine-year-old Negro x Jazz son Indigro. The pair scored 83.34%, including a nine for the potential and perspective collective, in this innovative class, showcasing rising stars that are further on in their training than those in the age classes.

Connie Gill rode Lizzie Bunn’s Billy Mojito to win the four-year-old showjumping final. The mare is by Billy Tudor and out of a mare by Dutch Capitol.

“She’s really straightforward and honest, and I felt that she was with me the whole way,” said Connie.

Another exciting young horse from the Billy Stud, the stallion Billy Pronto came out on top of the five-year-old showjumping final, ridden by David Simpson.

“He’s really beautiful to ride – I think we have a very exciting future ahead of us,” said David on the Billy Tudor son he has ridden only a handful of times. “I’m very impressed; I think he’s incredible.”

An event rider who finished sixth at the World Eventing Championships earlier this month won the NEXGEN six-year-old showjumping final. Gaspard Maksud rode Annabel Lewis-Gray’s Luxury B, who is by A Umonia Z and out of a Lux Z mare.

“She’s always quick on the clock,” explains Gaspard. “It’s nice to win these NEXGEN classes, because they’re quite competitive – and she’s a cracking mare.”

“He might not be the flashiest on the flat, but he definitely brings it back for the cross-country – and he’s got an incredible gallop,” said Ellie, 18. 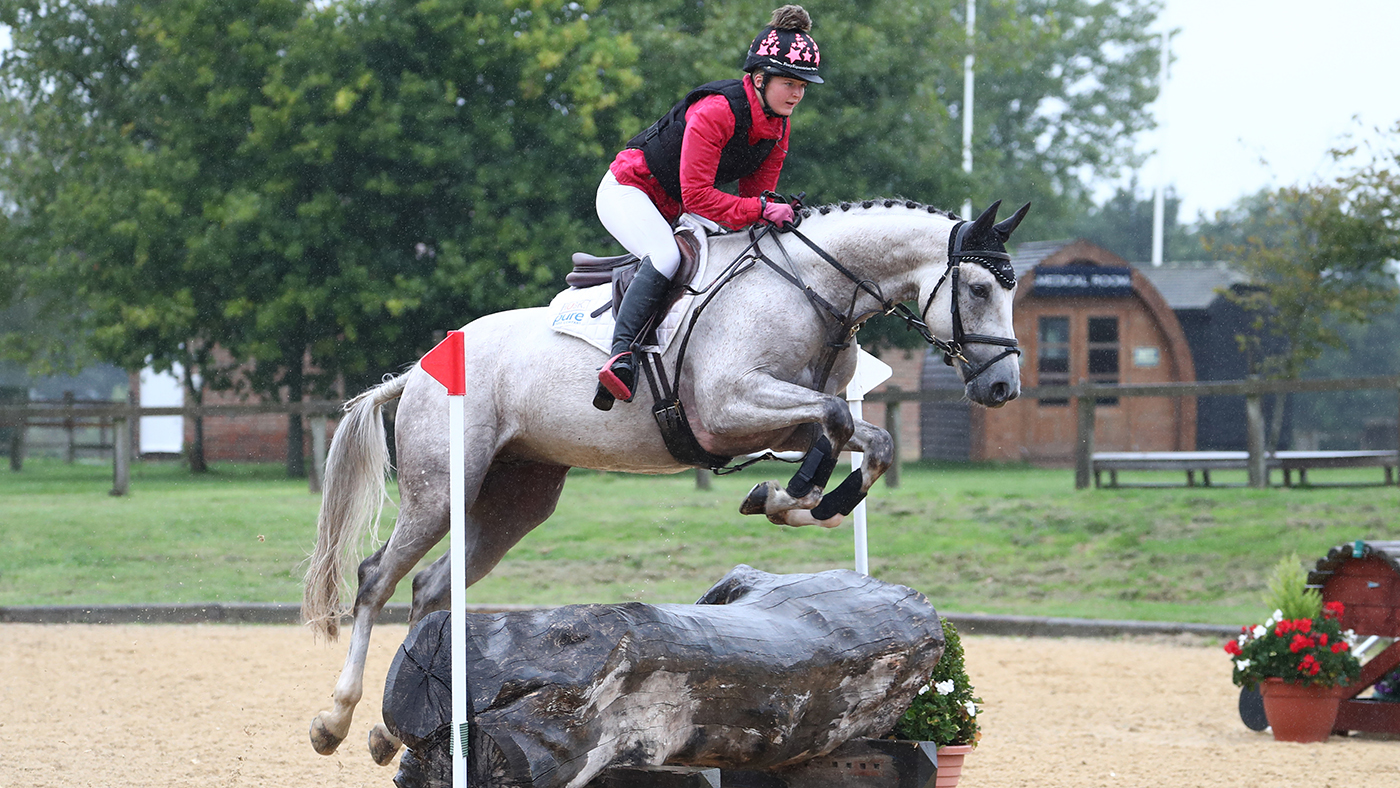 British-based Australian Sammi Birch came out on top of the six-year-old eventing championship riding Parkfield Breeding’s Parkfield Pumpkin, a son of Amiro Z. The gelding began eventing in April, but Sammi described the NEXGEN finals as his first big competition.