With its golden creamy colour and spiky two-tone mane, the distinctive Fjord horse is a unique and ancient breed. It combines echoes of wild and primitive horses with a friendly, willing temperament that has proved popular for use in equine therapy, riding schools and general all-rounders for riding and driving.

One of the world’s oldest and purest breeds, herds of wild Fjord horses existed in Norway after the Ice Age. According to archaeological findings, the Fjord horse has been selectively bred for the past 2,000 years, and domesticated for the past four millennia. The modern Fjord originates from the fjord areas in the west of Norway, where its hardy and surefooted attributes are well adapted to getting around the harsh and rugged terrain in this area characterised by steep mountains and fjords.

Although the Fjord shares many similarities with the Przewalski horse – such as primitive markings and colour – the Fjord’s genetic material shows they are not closely related. However, the Fjord may share some heritage with the now-extinct Tarpan. It is likely to have some influence from Icelandic and British breeds as there was contact between the seafaring nations of Norway, Iceland and Britain in that era.

Around 1840, the breeding of Fjord horses was formalised, with a stud established in the Dovre Mountains (Dovrefjell) in central Norway at an altitude of 1,000m. At that time, the Fjord horse was used on farms, for forestry work, harvesting, as a pack horse and pulling a cart.

Until 1947, the breed was called the Vestlandhest – the west country horse, as this has been the breeding centre for the Fjord. This sure-footed, hardy and charming breed is considered part of Norway’s national heritage and some regard the Fjord as a Norwegian national symbol.

According to the studbook, the breed’s type and character are paramount.

Colour: the vast majority (90%) of Fjords are brown dun (varying from creamy yellow to nearly brown). The remaining 10% are also dun, but red, uls (white) or yellow. To be the colour dun means they have a base coat of any colour, with a dun dilution gene. The base coat determines what variation of dun they are.

In keeping with their dun colour, they carry primitive markings, including zebra stripes on the legs and a dorsal stripe running from the forelock all the way down the neck, back to the tail. Darker stripes may also be seen on the withers.

Mane: this is characteristic of the breed, with the centre hair being black or dark, while the outer hair is white. The mane is traditionally cut to be upstanding, with a convex form following the topline of the horse. It is thought that this upstanding mane goes back to the time of the Vikings, to give the impression of a taller, stronger horse in battle.

Head: this is the main feature as regards type and character. It should be small and well-defined with a broad, flat forehead. The bridge of the nose should be short, and preferably concave.  The nostrils should be large and open, with a square muzzle. The lower jaw and cheekbone should be strong without being heavy. The ears should be small, wide apart and pointed. Eyes should be large, dark and friendly.

Body: the overall impression should be strong and well-muscled. The neck should have a convex topline and be muscular. Originally, as the breed was primarily a working horse, the neck was short and heavy, and the shoulder straight, but nowadays the preference is for a slightly longer neck and more sloping shoulder.

In the 19th century, when the breed was being formalised, the typical Fjord was described as having “a head like a brisling [a Norwegian sprat], neck like a spinning wheel, body like a turnip and limbs like steel springs”. This may not shed much light on its appearance, however the breed has since evolved as times have changed and a more athletic build is preferred. 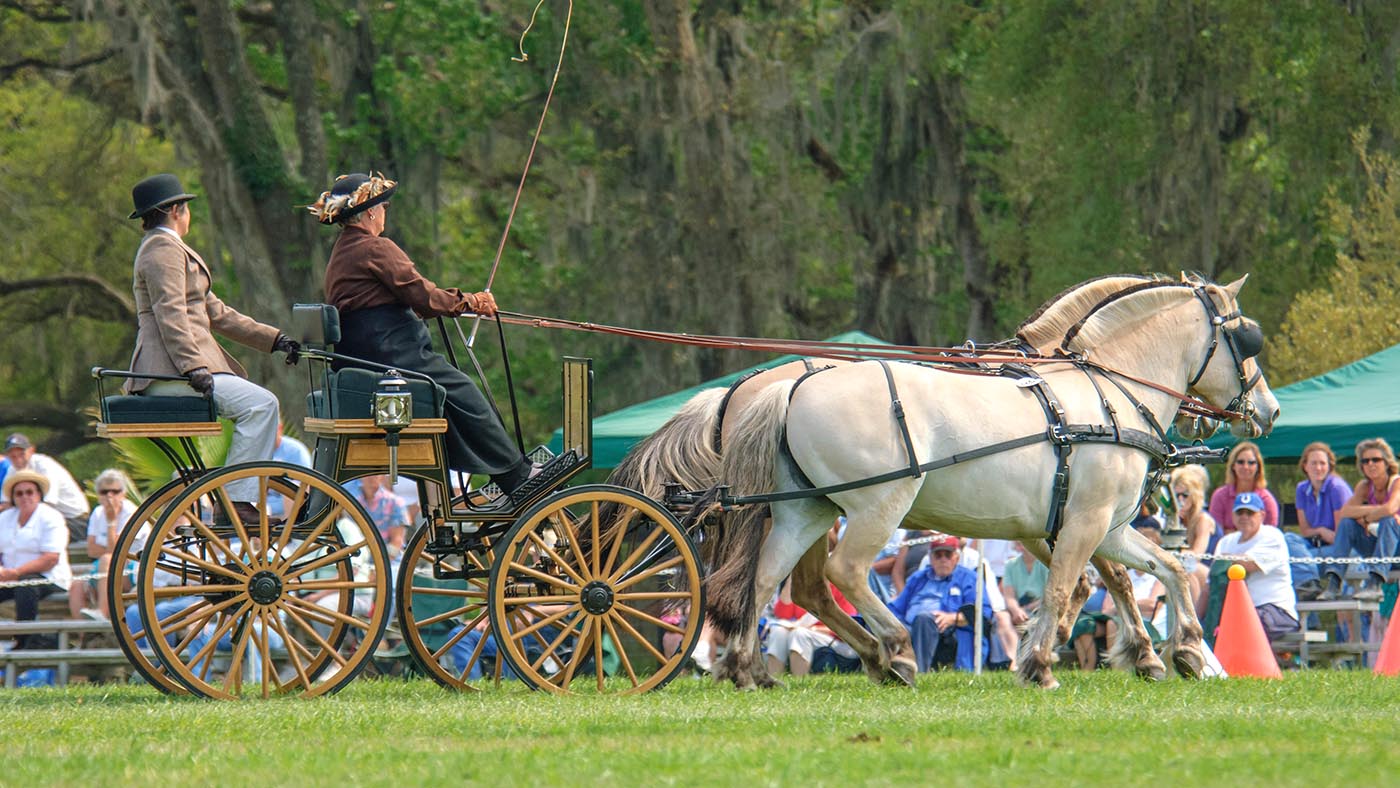 The Fjord was originally valued for its strength and surefooted capabilities as a work animal – in forestry, pulling carts, and as a pack horse – so ideally suited to the small, hilly farms of Norway.  In the early days, breeders tried to produce a heavier draught animal for the agricultural demands, however since machinery has replaced the horse, a more athletic build is now preferred. The aim is to breed a supple horse with a good temperament for both riding and driving, which is at at home in the manège as on the mountain.

Fjords are popular in riding schools and are also quite capable of contesting grassroots competitions. They can be an ideal horse for beginners to learn to ride on, being typically calm in temperament, sturdy, strong and gentle. They are often used in programmes for disabled riders and in equine therapy due to their easy going nature. 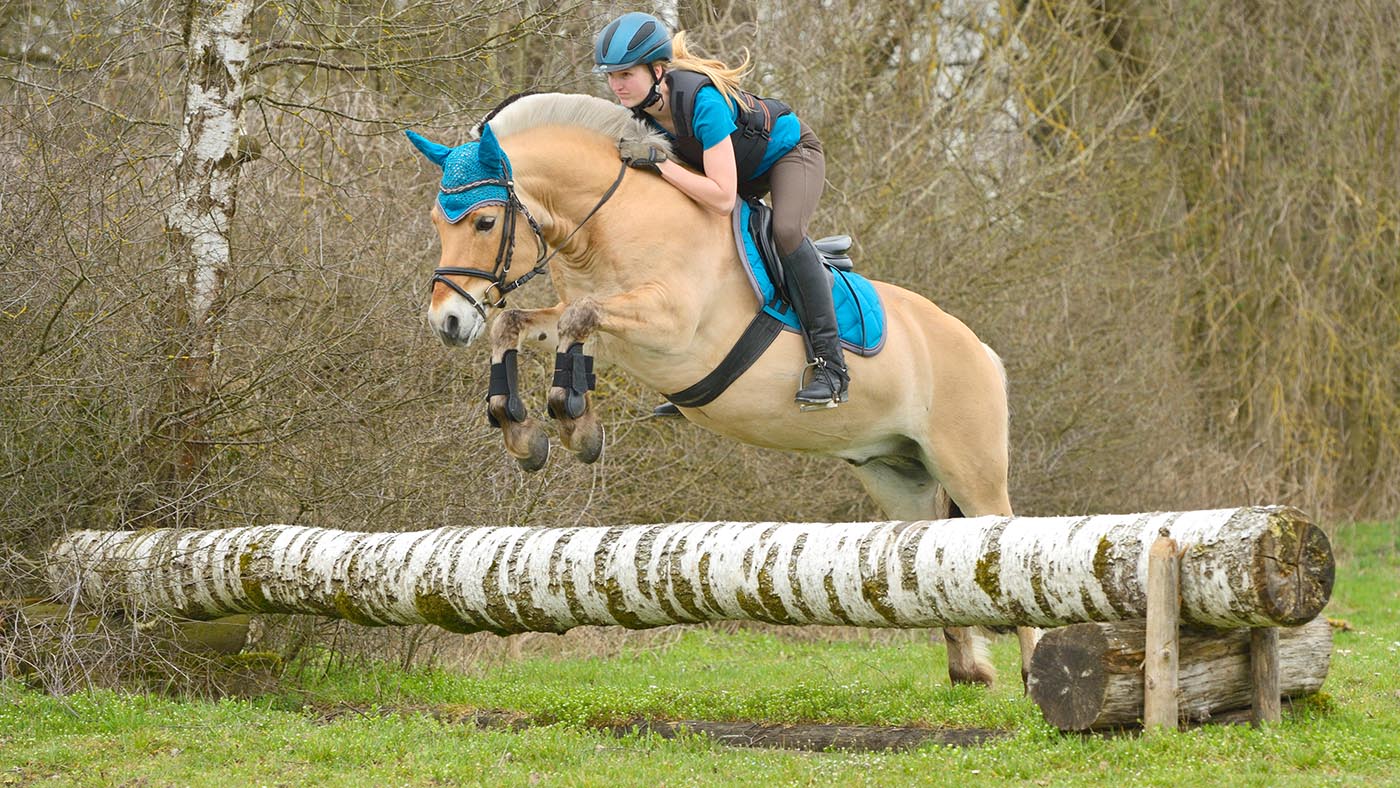 A Fjord horse competing in a grassroots cross-country competition

Future of the Fjord horse

The Fjord is now an endangered breed in Norway as there are insufficient numbers of foals being born there each year. There are around 5,000 Fjords registered in its native country. However, there are larger populations of this likeable breed in other countries, such as Denmark, German and the US.

You may also enjoy reading…

20 Quadrillion Ants & Why It Issues

Why Do Swans Belong To The Monarch?