Cheshire jumps trainer Donald McCain has revealed he is hoping to build on last season’s record 155 winners with an exciting young team as the new National Hunt season shifts into top gear. Here are his horses to follow during the 2022/23 jumps season.

“He was kind of unlucky last year, as he’s a very good horse,” says Donald of the son of Flemensfirth (pictured below) who was one of the stable’s stars last season with two victories over fences. “He’s a bit wild and he’s a bit feral but he’s very talented and I think last season just proved he wasn’t a true two-miler, so we will try two and a half miles and we might even get a bit further this season.

“The Colin Parker is an option but there’s also a valuable graduation chase a week later at Carlisle which he also qualifies for as he’s only won twice over fences. It’s highly likely that he’ll start over fences at Carlisle though, he may have a run before that over hurdles but we’ll see.”

“He’s grand and has just started fast work,” says Donald of the six-year-old who recorded four wins from six starts last season, including a Listed race at Haydock. “He had a great year and is going to go novice chasing this time and should hopefully be a better chaser than he was a hurdler. You’re not going to win as many chases because you’re running off your handicap mark in open novice chases, but he’s pretty useful.”

“Last season was a bit of a disaster with Nav,” says Donald of the horse who beat dual champion hurdler Buveur D’Air in 2021. “The season before was great and he won that race at Haydock. He then got an injury just before Aintree and it just took him a long time to get over it, so last season just didn’t really work out.

“He seems in really good nick at the moment so we’ll see and he may even have a run on the Flat on our way to getting him ready. He’s always had his own ideas about life a little bit but he’s a talented horse and if we can get him back on towards anything like two seasons ago, he’s on a very workable handicap mark.”

“He’s been an absolute legend because we were getting a little bit lost with him somewhere along the line,” says Donald. “He ran well in his first chase at Carlisle and then he didn’t have a very nice experience at Doncaster. We weren’t sure about trying again, but he won back over hurdles so we tried him again and he’s been an absolute revelation since.

“He beat Hewick at Perth one day and he’s going up and up and it’s going to get very tough for him now. He’s on a break and he’ll be back in the spring and he might have a Grand National entry, I’m not necessarily saying he’s a National horse but he deserves an entry in it and we’ll see how we go between now and then.”

“He’s a smart little horse and I bought him off Derek O’Connor, who I get on very well with,” reveals Donald. “He won his first five for us and then he was a bit unlucky at Cheltenham – we were planning on following horses and the leader Hillcrest came down and he ended up in front over two and a half and just didn’t quite get home.

“I’d always planned on running him at Aintree and he was probably just on the go for a long time as he fell away. He could well end up in the valuable handicap hurdle at Haydock Park on Betfair Chase Day.” 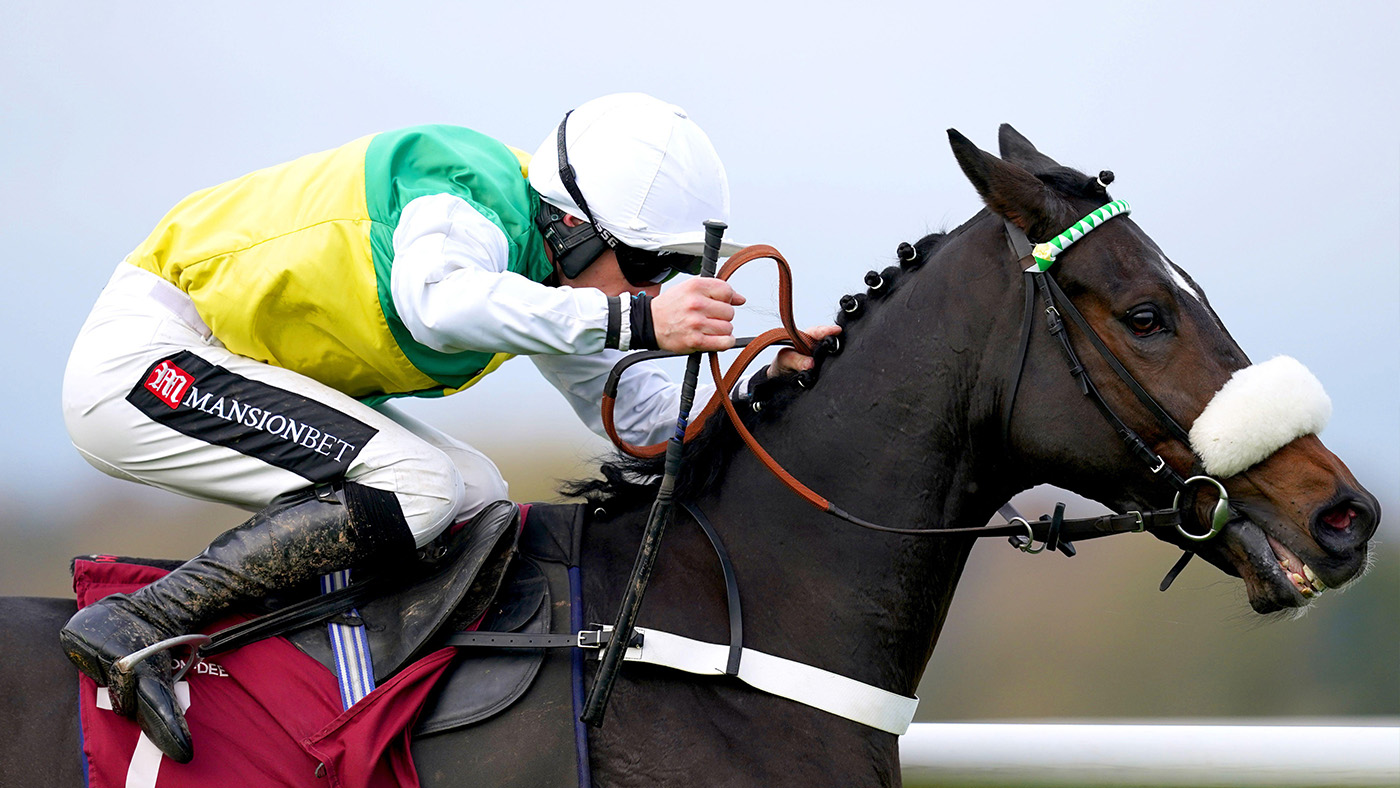 “He surprised us a bit last year because his point to point form wasn’t very good, for all that they liked him at home,” says Donald of the late Trevor Hemmings’ horse to follow (pictured above). “At home he’s very straightforward and not flashy in his work but he was impressive from the first day he ran.

“Truthfully we probably should have finished his season there, but we wanted to try and have a runner or two at Aintree for Mr Hemmings and rightly so.

“He’ll go novice chasing from two to two and a half miles and he probably wants the latter. If you’ve got a nice novice chaser for Trevor Hemmings, the Grade Two Altcar Novices’ Chase at Haydock Park is a nice race to aim for.”

“He only looked OK over hurdles and after winning a novice over timber we went straight over fences, which I don’t normally do,” explains Donald. “He won first time over fences at Carlisle and then he won the Tim Molony Handicap Chase at Haydock over three and a half miles. It wasn’t the strongest renewal but the manner that he did it means that he could be quite an exciting staying chaser for the season.”

“He was qualified for the EBF Final at Sandown and I didn’t think he was man enough for it, so I thought we’d go to Bangor as he was well handicapped,” says the trainer. “Unfortunately we met another horse doing exactly the same thing in Harbour Lake and I think they were two very smart horses who met at Bangor trying to avoid a big day.

“I imagine he’ll go jumping fences but whether we do that straight away we’ll see racing wise and also I’ve not schooled him just yet.”

“He is a useful horse but an average enough jumper of a fence, so we’ve had to be careful with where we send him,” says Donald McCain. “We had a brainwave when trying to find runners for [owner] Tim Leslie at Aintree and sent him back over hurdles and you could just see he had been jumping fences, so it just didn’t work out. We’ll go back chasing again and he’s a talented horse.”

“He only does enough, which isn’t the biggest fault in the world, and he was actually a bit more impressive than the winning distances suggested for his two wins,” says Donald of the syndicate-owned horse. “He looks like one who will go over two and a half and maybe even three miles as a novice hurdler and he’s got a great pedigree. He’s a thoroughly likeable horse.”

“He made a great start because he’d had a couple of runs on the track without impressing before he won his point to point,” he says of Thomas Fearn’s runner. “He came to us and surprised us a bit at Uttoxeter the first day by winning, before doing it again at Kelso.

“He ran well up at Ayr and he’ll go novice chasing now, he’s plenty of experience and he’s just a thoroughly likeable horse by a sire in Cloudings who’s been great to me over the years.”

“He was a bit disappointing in point-to-points but I spoke to Colin Bowe and he said ‘take a chance on him’ and he’s come out and won well at Carlisle,” says Donald of the next of his horses to follow this season. “He’s a great big monster of a thing and we only got the one run into him which is unfortunate, but I don’t think we’re going to be long over hurdles anyway to be honest.”

“Unfortunately [owner] April Strang Steel died over the summer,” says Donald. “She was a lovely lady to train for but her husband Colin is keeping the horse going on and he looks every inch a chaser. We’ll start him off at two miles in novice handicap chases and hopefully we can do a bit of good in April’s memory.”

“He came late-ish on in the season and did his job well [at Sedgefield],” says Donald of the horse who runs in the colours of the late Trevor Hemmings. “He’s a big fine horse and he’s a little bit nervous but he only arrived late in the day so to win his race was great. We were going to try to run him again and then the ground went so we just left him.”

“He’s grand and he’s been a star for us, I don’t know how far into the season he’ll go but for a handy little horse he’s won a lot of races,” explains Donald. “He’s genuine and he tries and that’s all it is and because of that we’ll win plenty of races. He’ll be around as long as the ground stays good-ish.”

“He had his wind tied up at Kelso after nearly getting beat,” says Donald. “His Carlisle run was good but he’s a really big strong type now and every inch a chaser.” 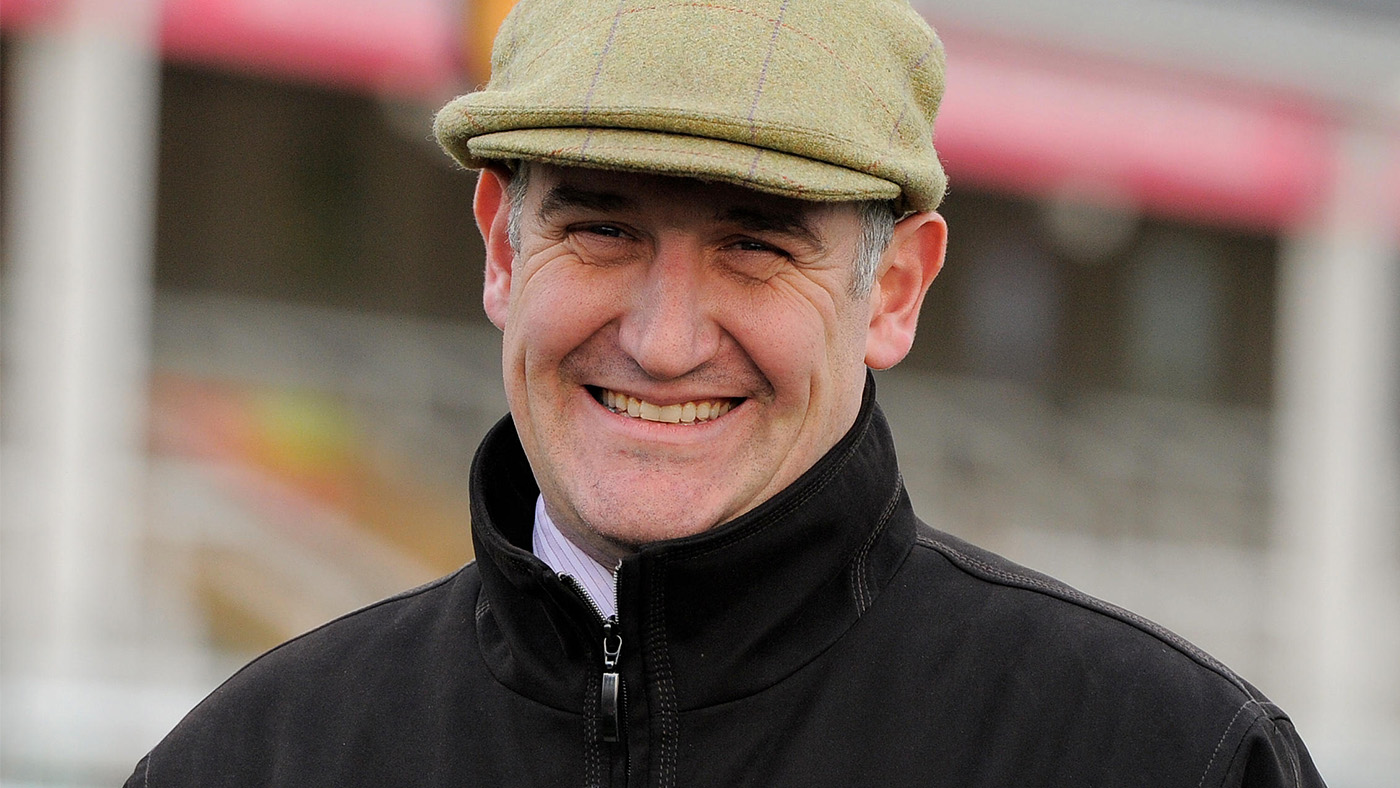 The 52-year-old trainer (pictured above), who is the son of the late Ginger McCain – trainer of Red Rum – has already enjoyed a strong summer and currently sits second in the trainers’ championship behind Fergal O’Brien. He has also enjoyed a fruitful partnership with stable jockey Brian Hughes, twice crowned the country’s leading jumps jockey.

Speaking to The Jockey Club, Donald McCain said: “We’ve made a good start to this season and I don’t believe we’ve run as many this summer as before because we didn’t think we had as big a team for the summer.

“We’ve been ticking away nicely without a great urge to do anything flash. We never have any grand plan to take the world by storm or anything like that, but if we can keep the horses healthy and ticking over you’re going to keep training winners.”