Home » Bird » It is Prime Time For Hawk MIgration!!
Bird

It is Prime Time For Hawk MIgration!!

The hawks are coming! The hawks are coming! We’re entering prime hawk migration time for birders in the northern and eastern half of the U.S. Some hawks, such as Sharp-shinned and Cooper’s Hawks, Merlins, and American Kestrels, will move by flapping, but Broad-winged Hawks, an abundant migrant, travel by using rising thermals. Weather conditions of clear and sunny, with mild north or northwest winds, should produce ideal conditions for Broad-winged Hawk migration. The Hawk Migration Association of North America runs a large website where all the dates and numbers of migrating hawks are recorded. Go there to keep track of migration or to find a hawkwatch site in your area. Most of the Northeast hawkwatch sites will see many Broad-winged Hawks this fall as well as many other raptors.

Here are some tips for watching hawks:

4. Go hawk-watching at one of the many “official” hawk-watch sites here. Or find your own by going to a hill, mountain, or tall structure available to you that has good views to the north, because that is the direction the hawks are coming from.

5. Bring binoculars that are at 8 power, or even 10 power if you have them. Scan slowly back and forth across the sky at different heights to find the hawks. Most hawks will be fairly far away and some may look like specs. Learn hawk shapes at a distance to identify them. Many hawkwatchers also use spotting scopes to locate hawks.

6. Here’s a brief look at the most common hawks you will see:

* Broad-winged Hawks. These are medium-sized hawks, 16″ long, with broad wings, and soar together in groups. Look for the broad black-and-white tail bands seen on the adults, usually visible even at a distance. Juvenile Broad-winged Hawks have thin tail bands and dark streaking that is usually heaviest on the sides of the breast. 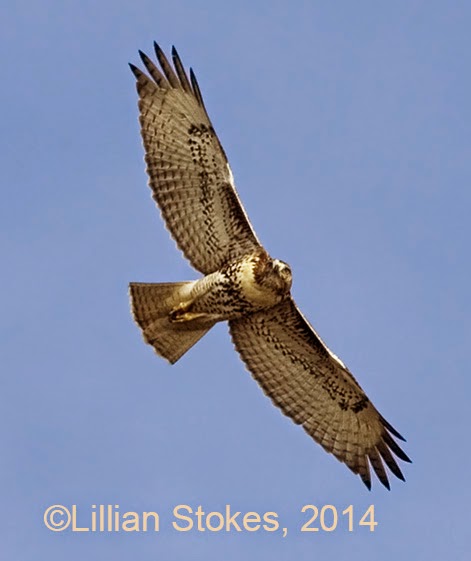 *Red-tailed Hawks migrate a bit later than Broad-winged Hawks and here in NH, we can see them all the way through Oct. or even later. People may confuse juvenile Broad-winged and Red-tailed Hawks. Note on this bird, the dark mark, called the patagial bar on the leading edge of the wings, a great clue, also the dark belly streaks form a “belly band” another great clue. 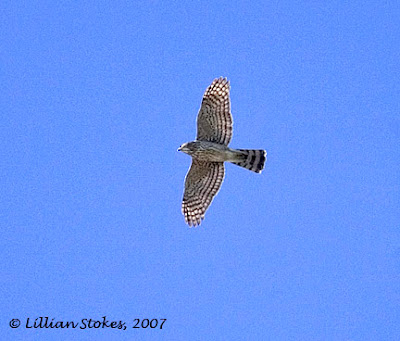 * Sharp-shinned Hawks. These are small, about Blue Jay-sized, 12″ long, hawks in the accipiter group. They migrate mostly singly with flap-flap-flap glide flight and have short rounded wings and a somewhat long tail that has a squared end. 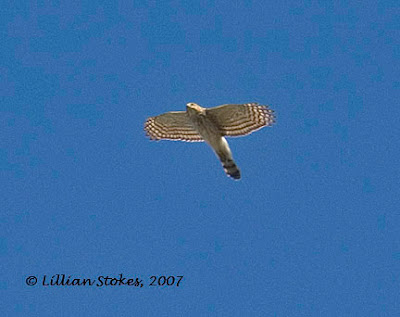 * Cooper’s Hawks. These are extremely similar to Sharp-shinned Hawks, and are a tricky ID challenge, but are somewhat larger, 17″ long, with a longer, rounded tail and larger, longer head and similar flight pattern. 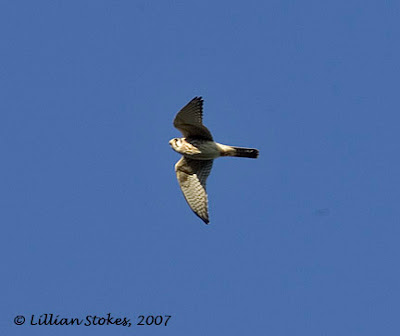 * American Kestrels. These are a type of falcon. They are smaller than a Sharp-shinned Hawk, about 10 1/2″ long, with pointed wings and a long tail and fly mainly with continuous flapping. 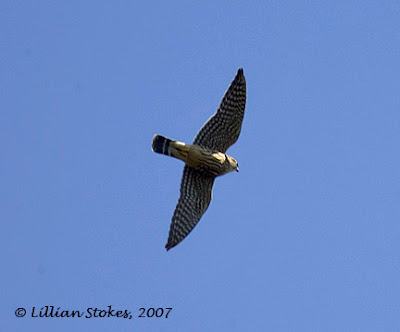 * Merlins. Very similar to a Kestrel but darker and larger, about 12″ long. Has broad, pointed wings and a somewhat shorter tail than a Kestrel. Flies swiftly and strongly. See yesterday’s blog entry for details on Merlin vs. Kestrel ID. 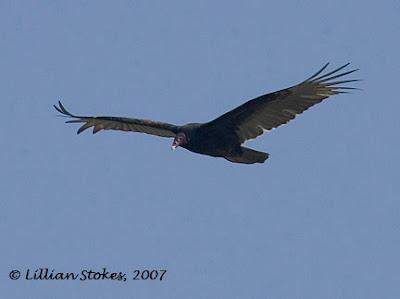 * Turkey Vultures. Very large, about 27″ long, all black birds that constantly soar with their wings held in a V.

7. Keep track of your numbers and turn them in to your local bird or hawk-watching organization.

Black-naped Pheasant Pigeon: A Chook Misplaced to Science for Extra Than a Century