Caroline March, who was seriously injured in a fall at Burnham Market Horse Trials in April, was at UBS Upton House Horse Trials yesterday (Thursday, 14 July) to see one of her horses win with her sister-in-law Piggy March.

Le Rebelle-S is a six-year-old by Toulon, owned by Caroline, and he added just 0.8 of a time-fault to his dressage score of 27 to top BE100open section P at the Oxfordshire event yesterday.

“Caroline asked me to take on a couple of her horses so they could do something,” said Piggy, who is married to Caroline’s older brother Tom. “This horse is one she’s had from a four-year-old and thinks a lot of.

“We’ve probably had him for about six weeks and he’s a really cool little horse. Caroline has great form on him, so I felt a bit of pressure. He’s been placed in a couple of novices with Caroline so I was hoping he’d find BE100 level easy, but it’s a case of getting going again after he’s had a break.”

Caroline March, who has recently moved to continue her rehabilitation at the National Spinal Injuries Centre at Stoke Mandeville Hospital, was able to attend Upton to see Le Rebelle-S’s victory.

“I’m sure she had mixed emotions, but she definitely enjoyed having a cuddle with him from her wheelchair – and so did he,” said Piggy. 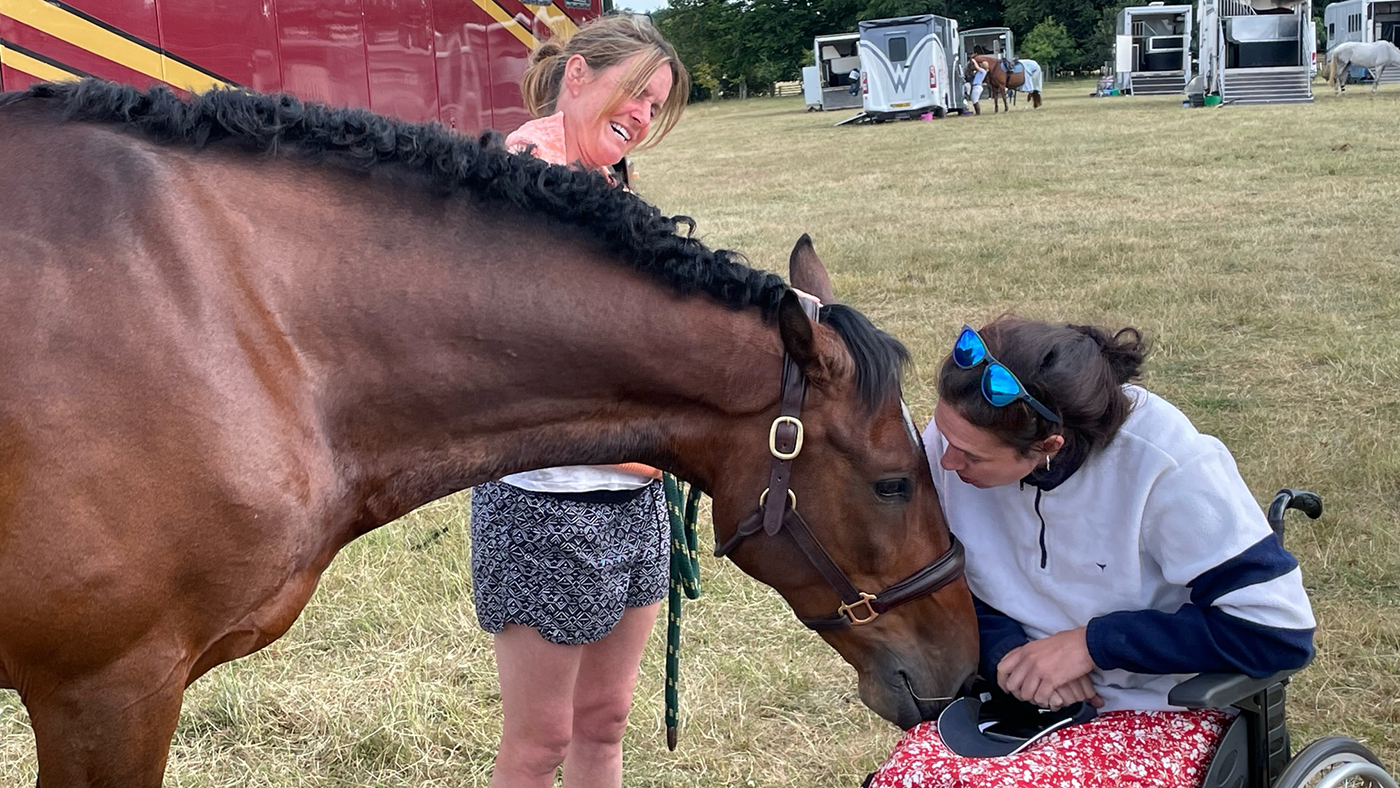 Caroline posted on Instagram: “So yesterday was pretty special. I got to go see little Rebs at his first run with Pig. He behaved impeccably all day to win his section! A huge thank you to Pig for everything you’ve done and are doing.

“It really did give me such a boost seeing him and I can’t wait for the next time.”