Another wet week, October now the wettest month of the year – unusual. At least it is producing nice ground on the racecourses and we have a busy weekend ahead, with six runners at Ayr tomorrow and three at Carlisle on Sunday. The ground should be good to soft at both. We start off at Ayr tomorrow with High Roller in the 1:23pm. He is a lovely big, well-bred, long striding horse who should leave the form of his one run last season behind him tomorrow. Conor O’Farrell rides and six run.

We then run Wakool in the 2:33pm. He seems in great form and returns to the scene of his best win last year, so I hope he can run a big race and set himself up for a good season ahead. Conor O’Farrell rides and eight run. 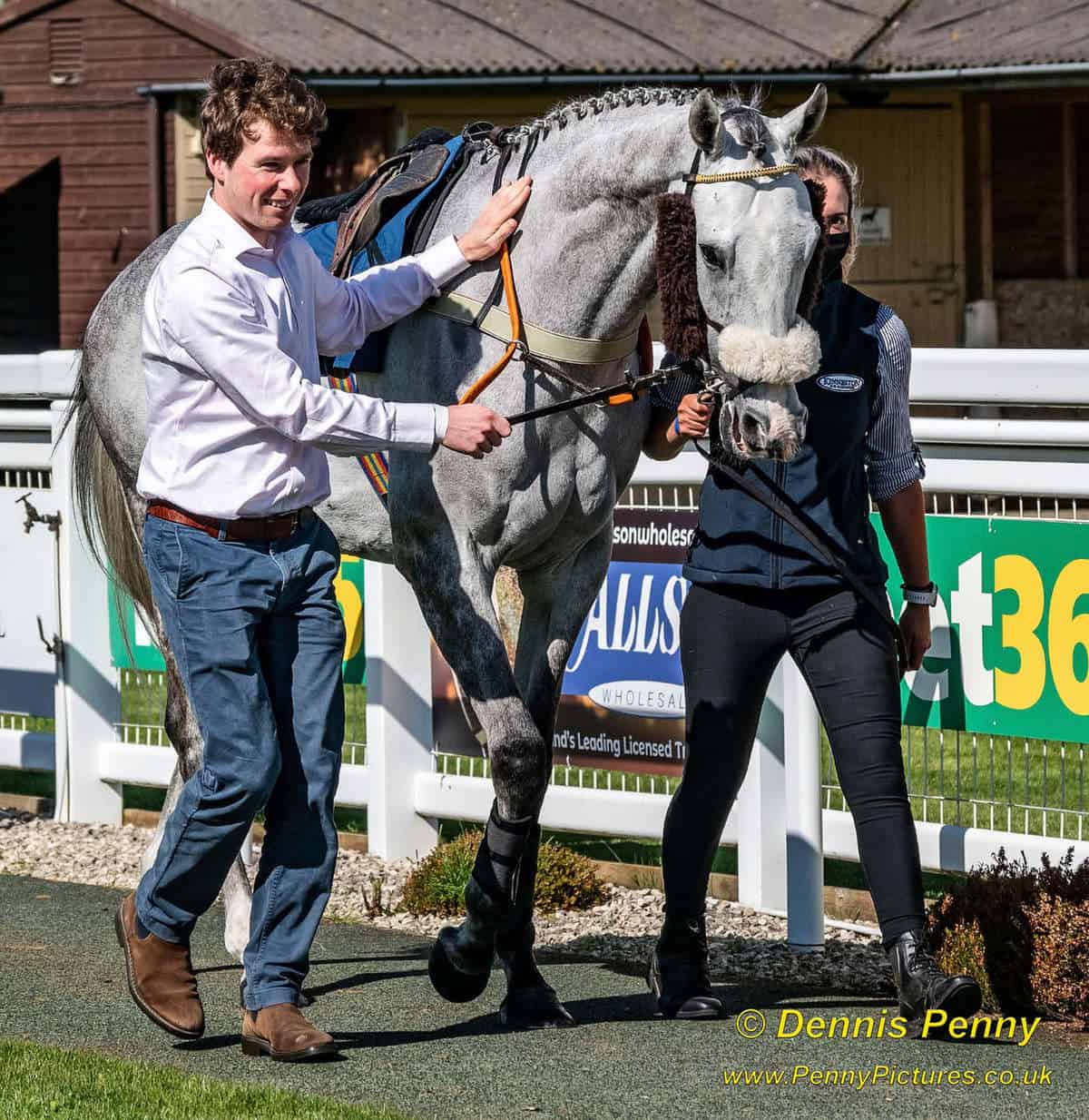 Elvis Mail then has to shoulder a big weight in the feature Handicap Chase at 3:08pm. He had a messy season last time round and I hope will be able to progress back over fences this year. Bruce Lynn rides and six run. 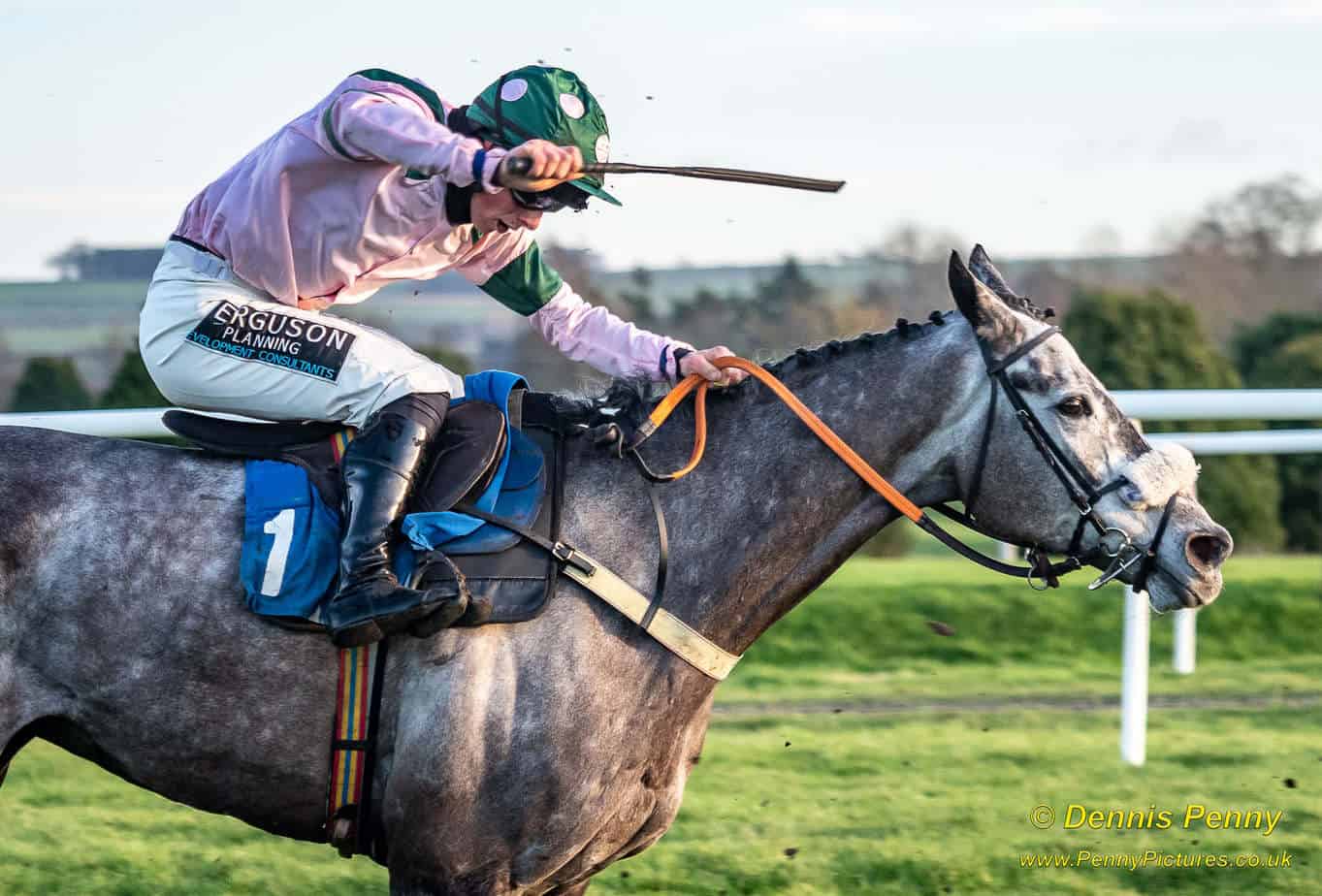 His little brother Ginger Mail then runs in the 3:43pm. He won his Novice Hurdle very nicely at Doncaster in February and the handicapper doesn’t appear to have been too hard on him, so I hope he can be competitive tomorrow. Danny McMenamin rides and seven run. 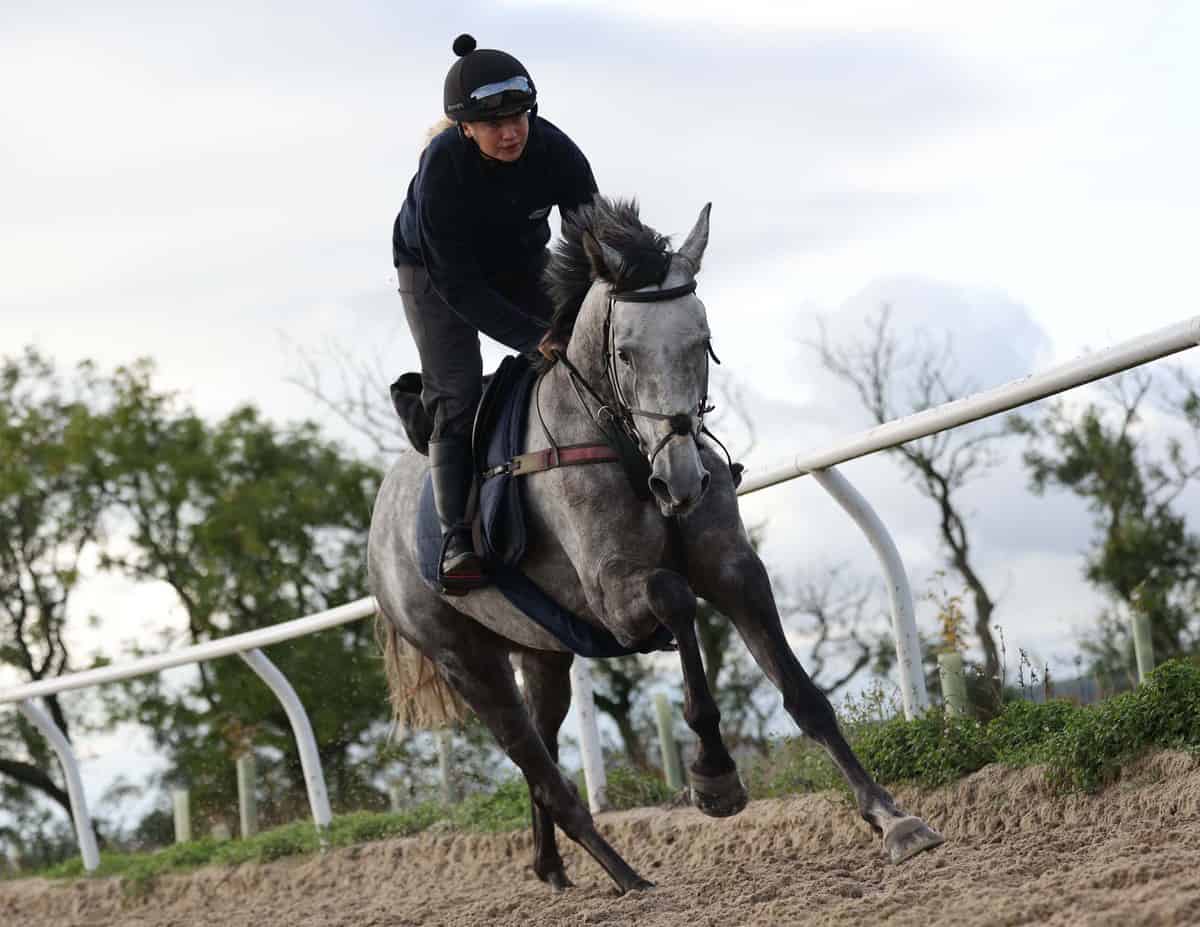 Dubai Days returns to his winning course and distance from April in the 4:18pm and, whilst he has crept up the handicap, he should still be competitive though that may end up being over further in due course. Bruce rides and eight run. 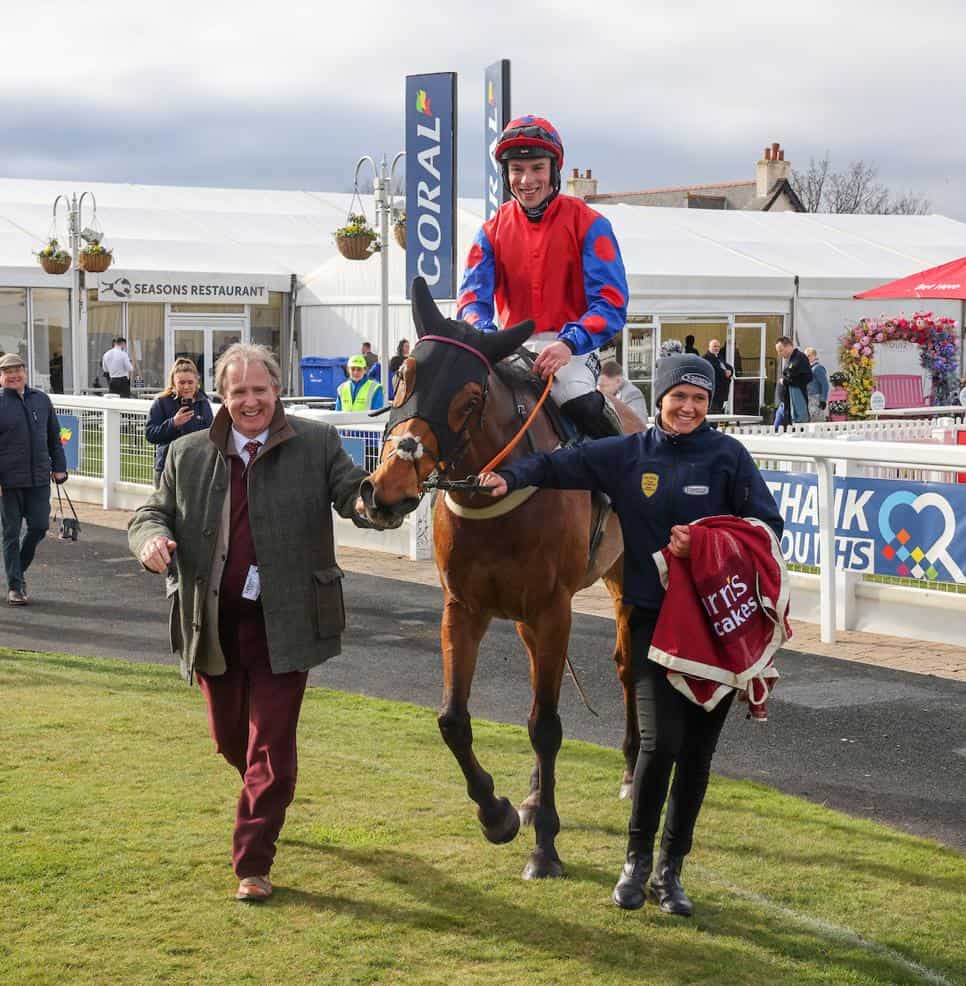 Finally, we run a lovely young horse in the Newcomers Bumper at 4:53pm. Lucky Soldier is by Soldier of Fortune, out of a sister to Aye Right and is a long term chasing prospect but should still run with credit on debut. Bruce rides and nine run. On to Carlisle on Sunday where we have two runners making their debut over fences in what looks like an exceptionally competitive 13 runner Novices’ Handicap Chase at 1:25pm. Through no fault of his own, Donny Boy (Conor O’Farrell) failed to progress from his facile bumper and novice hurdle wins last season and is an exciting prospect to go chasing with, which was always going to be his game. Half Track’s (Danny McMenamin) last run at Ayr can be ignored, and prior to that he was a promising staying novice hurdler last season. He will probably need 3 miles in due course but the main thing for both of them tomorrow is a safe introduction to chasing. 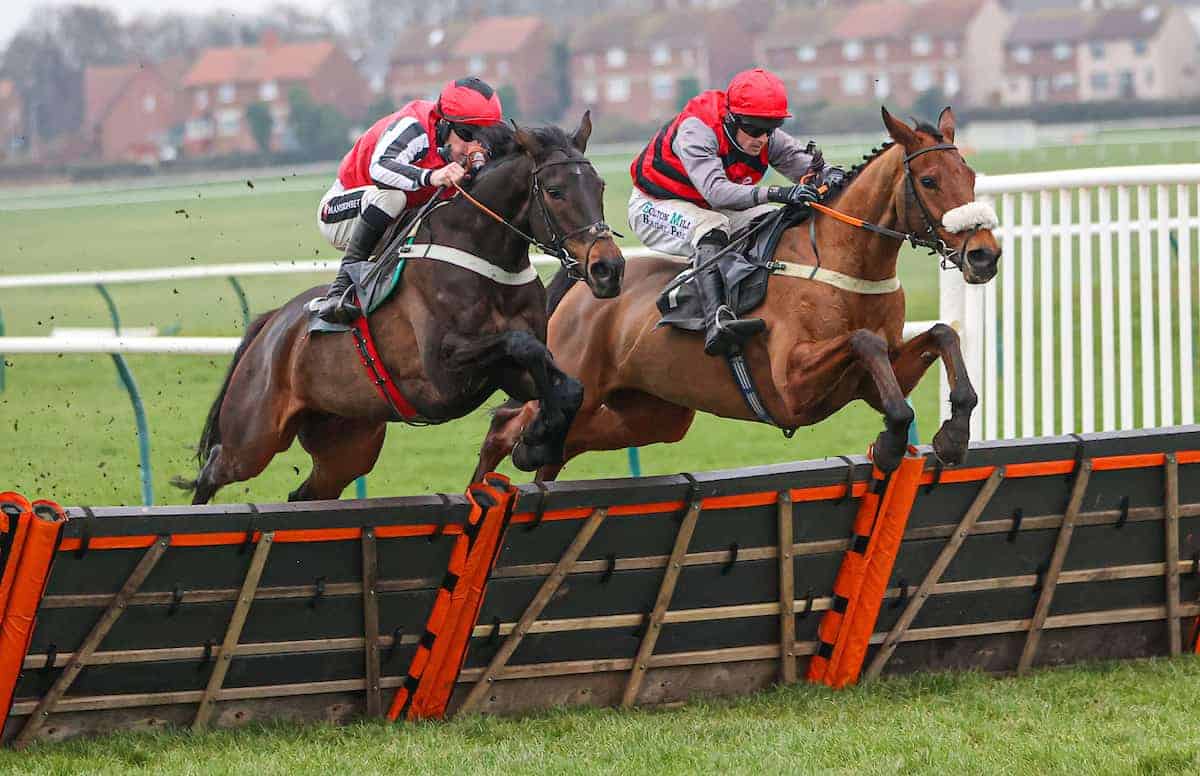 Half Track winning at Ayr 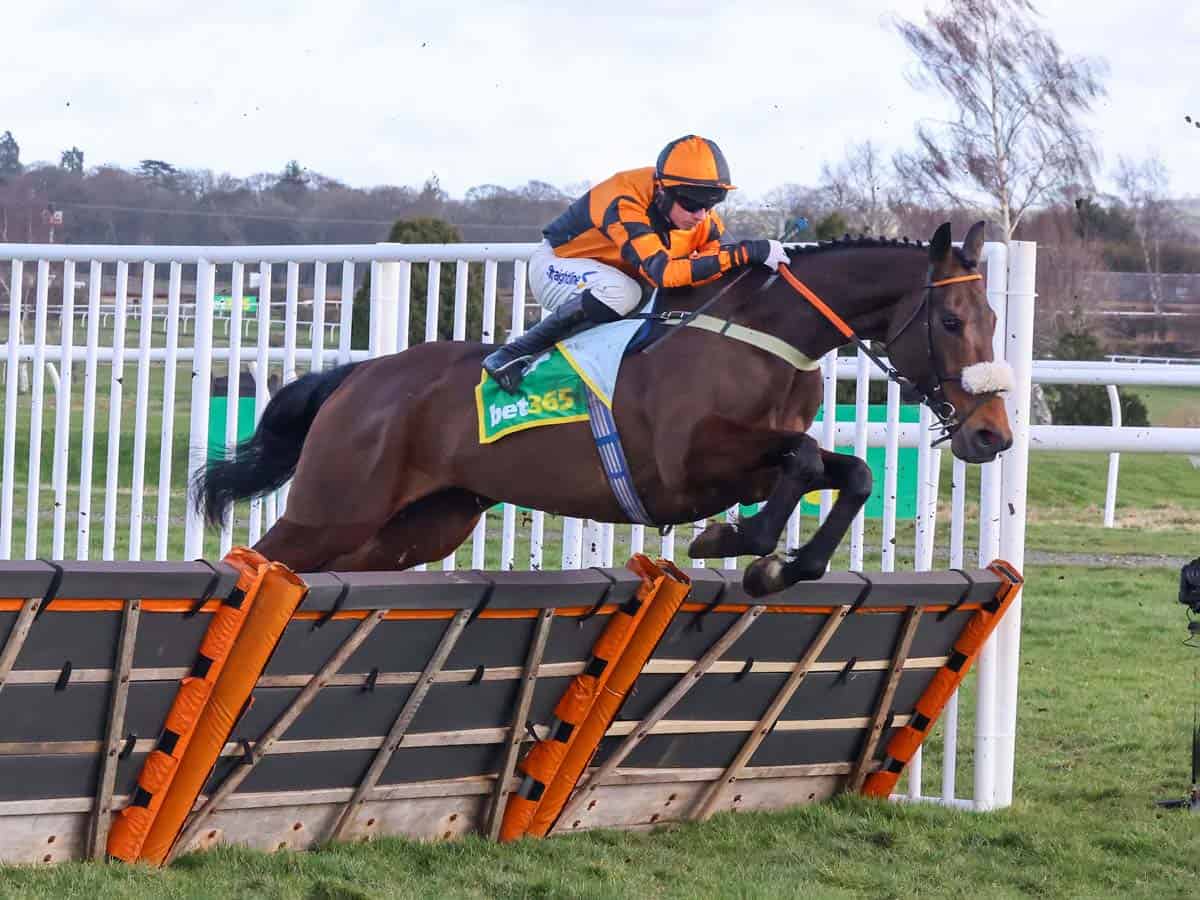 Niceandeasy runs in the Cumberland chase at 3:40pm. He was progressive over fences last season and, while there should be more to come from him this time round, this is a very big ask for him first time out – I like to think he can still run well. Conor O’Farrell rides and eight run. 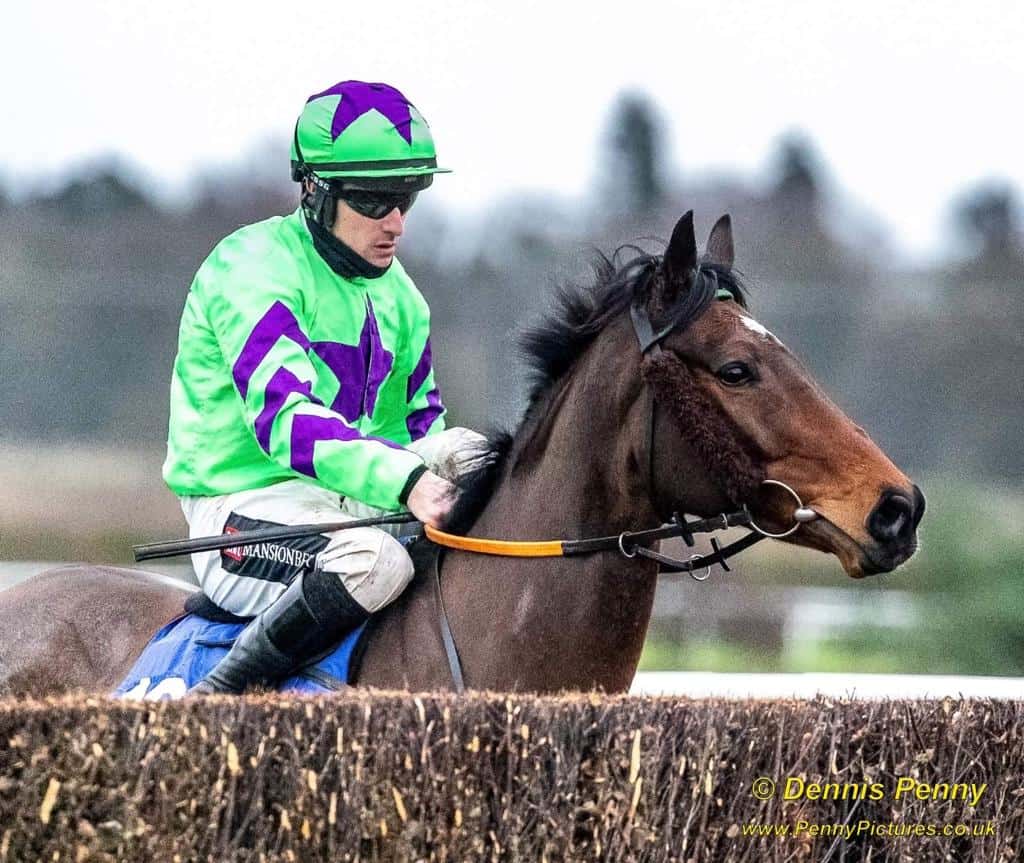 At Ayr on Monday, we had very encouraging runs form Gipsy Lee Rose, Warriors Story and Eloi Du Puy. September Daisy also ran her best race and should progress when stepped up in trip. The disappointment of the day was Artic Row, but we have identified a problem that we hope we have already sorted out.